I lost my eBay virginity last month with a haul of out-of-print Warhammer Ancient Battles supplements. 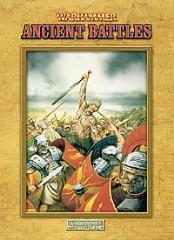 WAB was the first ancients ruleset I ever encountered. I picked it up in my heyday of playing Warhammer Fantasy Battles (5th edition, if I recall correctly) in the late 1990s. I never played it and can't remember exactly why I bought it. I wasn't much into history at that time, perhaps it was mere curiosity and the Warhammer brand. I bought Rogue Trader for pretty similar reasons. Fortunately, now that I've become far more interested in ancient history than the fantasy derived from it, I was rather glad I had picked up the rules.
I don't plan on playing WAB anytime soon. Whilst the broad Warhammer rules approach is very familiar to me I can't warm to figure removal and unsightly movement trays, nor, as a parent and busy bee, do I have time for games that take many hours.
Where WAB might see some use for me is as a warband ruleset. It is granular enough to give small games a sense of depth, whilst a lower number of models will speed playtime up. Really, WFB, the parent ruleset, with its implicit 1:1 representation ratio always felt more like a warband system rather than a big battles ruleset.
So why drop some cash on WAB now, years after Warhammer Historicals folded up?
Their period supplements are superb. Despite using other rulesets the wargaming material and potted histories in the WAB supplements far exceed much of what is available on the market today. Today's Hail Caesar scenario books from Warlord are rather thin on both details and text by comparison. In addition to the historical backgrounds, the WAB supplements were chock full of army lists, scenarios, modelling and collecting tips. They were community-produced sourcebooks, written by veteran hobbyists and, for the most part, that translated into a quality that went beyond the ruleset.

Some were a little thinner on detail than others, such as the Spartacus supplement, but they are still full of useful gaming details that can be readily adapted. I couldn't resist getting it after re-watching Kubrick's

Spartacus recently, as well as my recent acquisition of some Marian Romans for a Sertorius campaign. Surely I could expand them into a Servile War campaign? Really, it's just another case of wargamers magpie disorder. Shiny shiny buy buy.
I am particularly fond of the Hannibal & the Punic Wars supplement by the late Allen Curtis who was a fountain of knowledge on TMP on all things Punic. That book really reads like a labour of love and includes details I've not seen elsewhere, such as an in-depth Ligurian list and a number of lesser scenarios from Hannibal's War.

Jeff Jonas' Alexander the Great is, like the Hannibal supplement, an excellent compilation of a veteran wargamer's knowledge on playing and collecting the army of a great general. Jeff's website is a great resource for wargamers interested in Hellenistic armies.
I picked up supplements covering other periods and armies that I have enormous ambition but no time for. Byzantium: Beyond the Golden Gate fed my appetite for a Sassanian army and helped fill in my ignorance of their Byzantine opponents. Thematic Byzantine, Tagmatic Byzantine... oh I'm so lost.

The Art of War offered a convenient way to wrap my head around ancient Chinese armies, though my wife knows plenty about this period. I find myself rather more sympathetic to the nomadic Xiong Nu than the sedentary Chinese. This is probably due to the fact that I've been listening to a long audio series on steppe empires throughout the ages. A nomadic horde sounds great, and I've been eyeing Foundry's Skythians, but no no no. There's no time, and I'm not convinced that the typical wargame can adequately simulate the drawn out manner in which nomads wore down and evaded their opponents over days and weeks of skirmishes.
The Siege & Conquest supplement offers a detailed look into the opposite pole of warfare, namely sieges. It's a thick solid rules expansion that could readily be adapted to other systems. It also boasts a number of scenarios in the Conquest section of the book that are also good fodder. Given my lack of experience building terrain it's likely that this will sit on the shelf for a time. 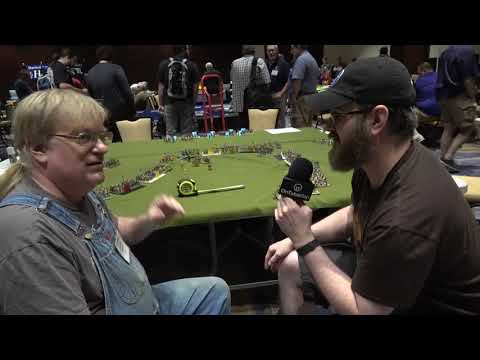 Fall of the West was an impulse buy. I presently have zero interest in this period, but I might warm up to the downfall of Rome in its dotage some day.

I also picked up the revised version of the first WAB, version 1.5 as it's known. I discovered that I could have gotten by without it as it is exactly the same text and pagination (down to uncorrected errors) with a 32-page colour rules clarification and errata tacked on the end. The latter is publicly available as a download and in many of the supplements. The WAB 1.5 Facebook Group is pretty active and has the necessary files on its page.

Though it wasn't really necessary, I indulged my inner completist and picked up a copy of Armies of Antiquity. It actually is a good example of economical army list drafting. Based on the model of the core rulebook a particular list - Romans, Barbarians, Nomads - stands in for several similar nations or a single nation over time (with appropriate options included or excluded).
I had ordered a copy of Chariot Wars as the period remains rather mysterious to me, but a packing error led to me being mailed another copy of Armies of Antiquity. Luckily I was refunded, but I'm still on the hunt for a copy of Chariot Wars. It would be nice to explore the warfare of the Iliad.
So there we have it, plenty to read. I love reading rules supplements. Call it a D&D holdover. I must say that the paper quality is very good and the books still look fresh after years out of print. It is a shame Warhammer Historicals got shut down, but ancients gaming lives on. They gave a tremendous boost to 28mm wargaming, my chosen scale, and helped me make a shift from fantasy to history gaming that has been without regrets.

The Warhammer mythos owed so much to ancient and medieval armies and I find it more fascinating to play the actual sources of inspiration, though I do hanker for my High Elves and Empire army now and again.