Vinod Khanna was the complete package a director could hope for. Debonair looks, great baritone, swagger and acting prowess, he had it all. Born in Peshawar, Vinod Khanna's family shifted to Mumbai after the Partition. He studied in Mumbai and later opted for a career in films. His looks and acting got him a film break in 1968. Later, he did films like Mere Apne, Mera Gaon Mera Desh and Achanak, which got him tremendous applause from all quarters. His career began playing negative or grey roles and he later moved onto romantic ones. The actor did 47 multi-hero projects and was seen with popular actors like Amitabh Bachchan, Rajesh Khanna and Shatrughan Sinha in many flicks.

Also Read - Sushant Singh Rajput's dogs up for adoption; actor transferred money for their care a day before his demise

If there was one thing people loved about him, it was his dialoguebaazi. His deep baritone have a whole new dimension to the lines. He also had the good fortune of working with directors like Manmohan Shetty, Feroz Khan, Gulzar who had great material. His films that are known for their dialogues are Kranti, Mere Apne, Mera Gaon Mera Desh, Parvarrish, Muqaddar Ka Sikander. Here is a look at his best dialogues so far...

Also Read - Amitabh Bachchan on Rishi Kapoor and Irrfan Khan's demise: The grief of the latter more intense than that of the former 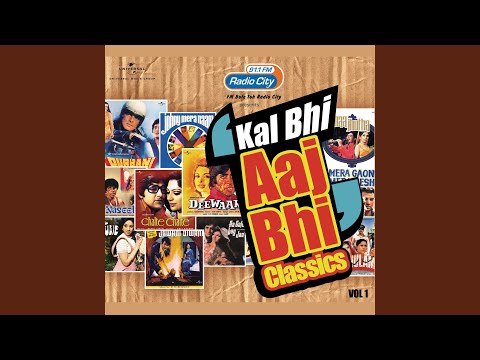 Film: Mere Apne (1971)
Vinod Khanna played the role of a gang leader in a colony in this film that dealt with issues faced by the youth. Dressed in black sunglasses, crisp shirts and trousers, he epitomised swag. How can we forget the sideburns? Baap ka beta hai toh saamne aa, he immortalised this line. Also Read - RIP Rishi Kapoor: The day I met the superstar as a journalist, and created memories for a lifetime

Film: Qurbani (1981)
Maine jab se hosh sambhala hai ... khilono ki jagah maut se khelta aaya hoon...these were the epic lines told by Vinod who played Amar in the film. The actor got a nomination for Best Actor in the awards category that year. He looked fabulous with Zeenat Aman in the film.

Film: Amar Akbar Anthony (1978)
Robert kahan hai...With the end of the 80s we bid adieu to Robert as well. The classic confrontation between the two brothers, Amar and Anthony outside the country bar is one of the best remembered till date.

Tributes have poured in from the film industry, sportsmen and TV actors. The actor was admitted in Sir HN Reliance Foundation Hospital after he was diagnosed with dehydration. The hospital released a statement that he died due to advanced carcinoma of the bladder. Stay tuned to Bollywood Life for more scoop and updates...

Stay tuned to BollywoodLife for the latest scoops and updates from Bollywood, Hollywood, South, TV and Web-Series.