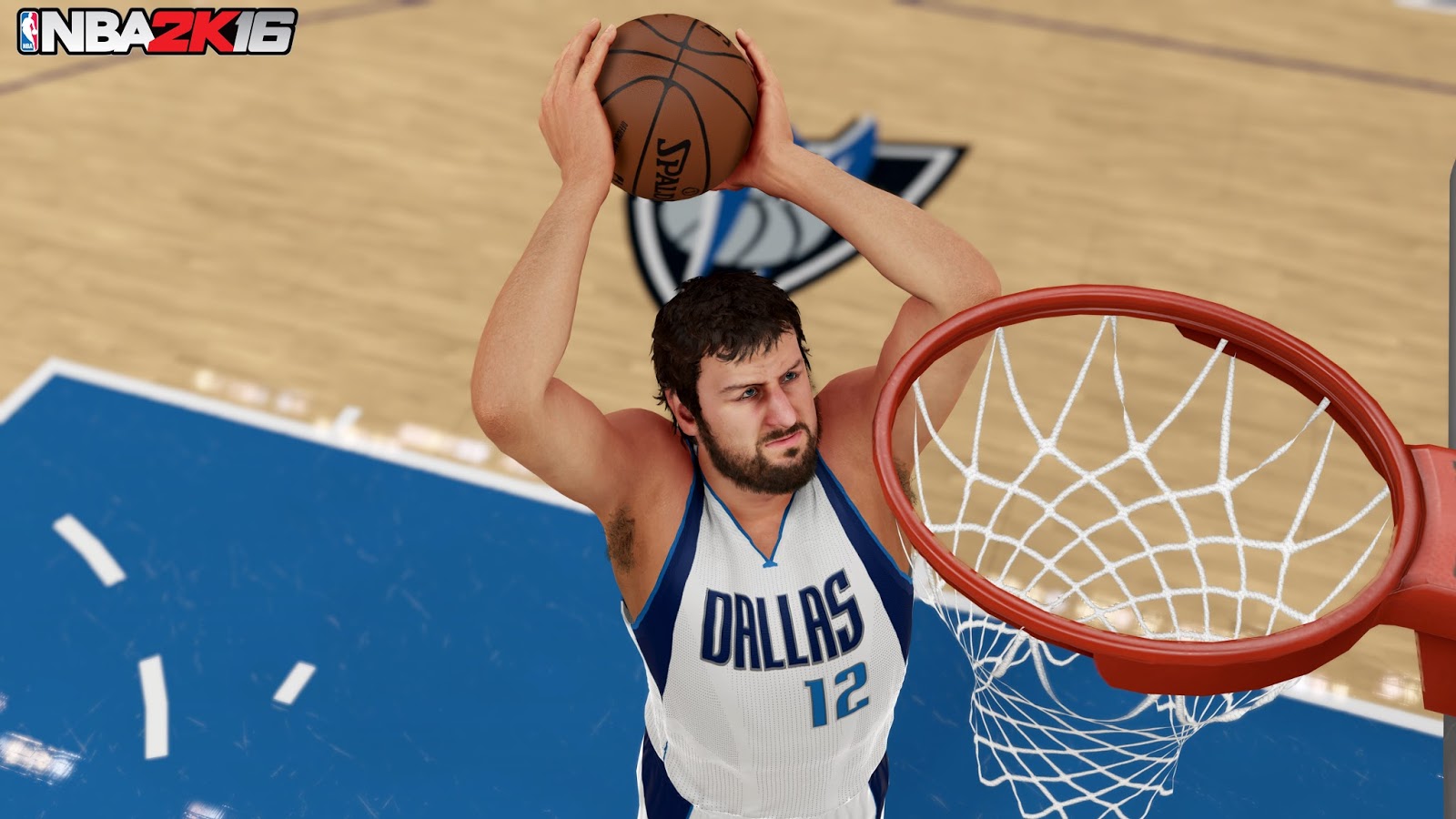 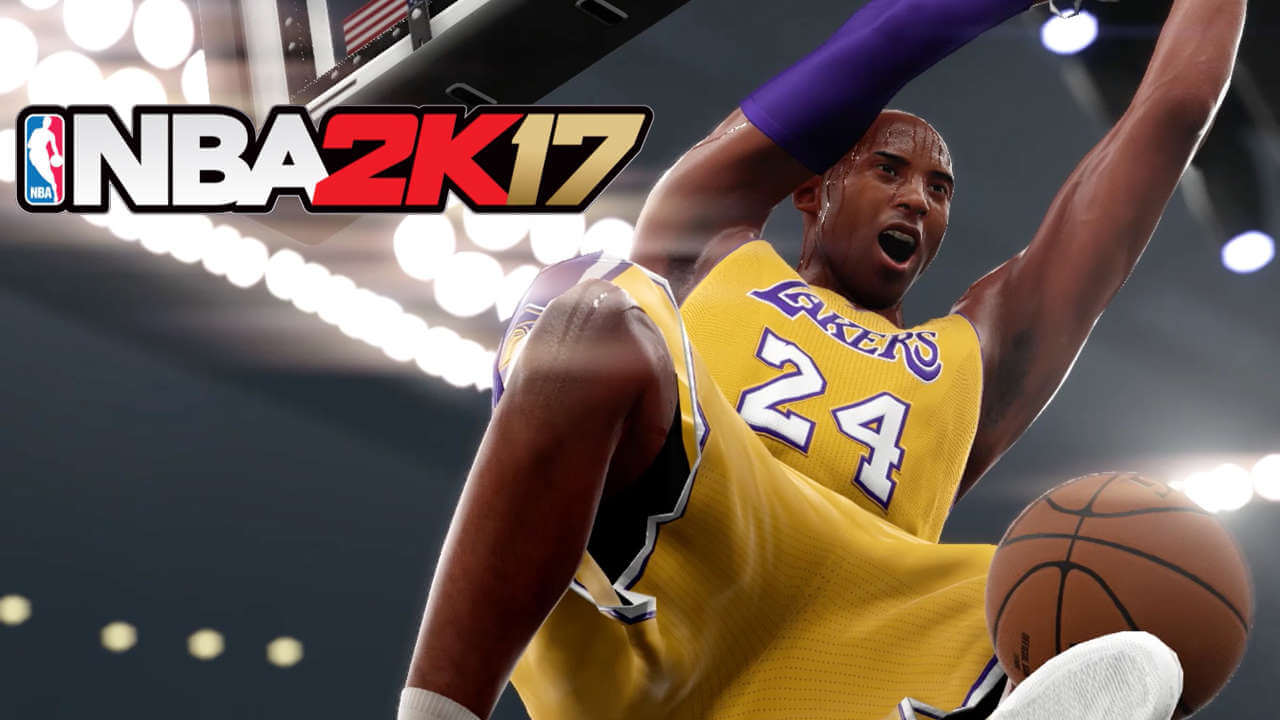 NBA 2K17 is an NBA basketball simulation video game by 2K Sports. It is the eighteenth installment of the NBA 2K series, and was released on September 20th 2016 (September 16th for pre-order customers). It is the direct sequel to NBA 2K16 and was followed by NBA 2K18. Paul George is the game's cover player. 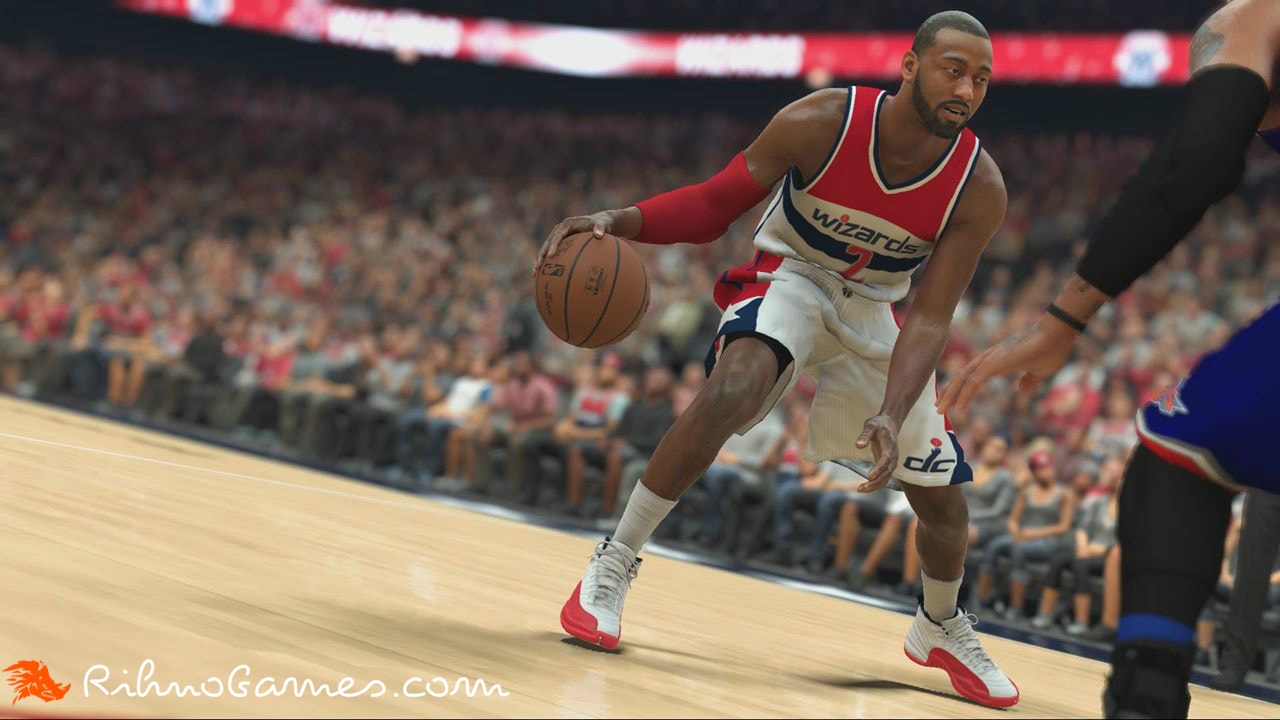 NBA 2K17 is a sim-oriented basketball video game, retaining popular features such as MyCAREER, MyGM, MyLEAGUE, MyTEAM, MyPARK, and 2K Pro-Am, as well as gameplay elements such as the Pro Stick. The PC, PlayStation 4 and Xbox One versions of the game are built on the Eco-Motion engine, which made its debut in the PS4/X1 version of NBA 2K14.

The Season 2 finale of NBA 2KTV revealed several tidbits about NBA 2K17. Locker Codes return in NBA 2K17, and although it was announced that they would be timed rather than limited to a set number of users, limited quantity codes were made available following the game's release. MyTEAM also introduces Free Agent cards, giving gamers the chance to play with some of their favourite players for a couple of games, similar to the short term player cards in NBA Live 16's Ultimate Team. Signature animations were also a point of focus in NBA 2K17, with gamers having full control over get back animations with the right stick. The ability to perform face scans with a mobile app was also teased.

In a developer blog published on July 19th, it was revealed that several enhancements had been made to MyGM and MyLEAGUE in NBA 2K17. Both modes feature league expansion, with gamers having the option of starting a new game with the current league, a league with up to six expansion teams, or a completely custom league. The ability to move and re-brand teams has also been retained. An expansion draft is included and features player protections, a schedule creation tool, and more. Community uploads allow gamers to share assets they create for newly added or re-branded teams. The option to start a new MyGM or MyLEAGUE game on the current date also returns, making its first appearance in the current generation. A standalone Playoffs mode has also been added to NBA 2K17. 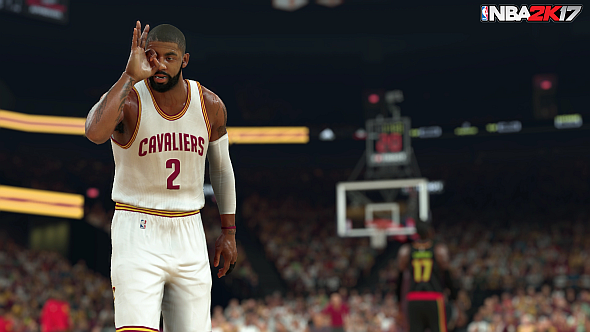 An article by Fox Sports Australia published on July 22nd revealed the inclusion of the Australian Boomers in the game, while also mentioning Team USA. The presence of national teams had been rumoured since the reveal of Paul George as the game's cover player, as an image of him wearing a USA basketball jersey appears in the background. Visual Concepts confirmed the inclusion of Team USA and national teams on July 27th, as well as the 1992 Dream Team as a pre-order bonus. Upon release, it was revealed that the only national teams included in the game are the 2016 Australian Boomers, 2016 Team USA, and the 1992 Dream Team pre-order bonus.

Key points of emphasis for the gameplay in NBA 2K17 include better physics and collisions, enhanced artificial intelligence on both sides of the ball, and one-to-one dribbling controls. The shooting mechanics have also been tweaked with a new shot meter which involves filling a semi-circle. Users must also hold the right stick in a 90 degree angle to ensure that jumpshot attempts are true. For the first time in the series, timing on the shooting controls, as well as the angle of the stick, will determine the aim on layups. Movement of the left stick in the lane will allow offensive players to initiate contact, while moving the right stick left or right will perform elusive layups. Stephen Curry's ability to knock down long three-pointers has also been accounted for, to set him apart from other long range bombers. Freelance offenses have also been added for all 30 NBA teams. Overall, NBA 2K17 intends to put more control in users' hands, and rely less on ratings and probability. Green releases on jumpshots are once again guaranteed baskets, though users must now properly chain together Signature Size-Ups and other dribbling moves to break ankles. Over 700 new animations have been added, and there has been more emphasis on smooth controls and better one-to-one responsiveness.

MyPARK is more event-driven in NBA 2K17, with different types of events and tournaments, revamped Park Cards, and MyPLAYER badges that are specific to the mode. Player upgrades can now be earned in MyPARK, and indeed, users must play in MyPARK to raise their MyPLAYER above 95 Overall. 2K Pro-Am has also been revamped with new squad management options, a team arena in which players can shoot around while they wait for a game, and three team tiers: Amateur, Pro, and Elite. Teams must level up in order to access the in-depth customisation options, including image importing.

Rule changes have been added in MyLEAGUE and MyGM. Changes include the shot clock length, the time required to advance the ball into the frontcourt, the number of players selected for the All-Star Game, and much more. In MyLEAGUE, users have more control over rule changes, whereas voting 'no' in MyGM essentially grants the user veto power. Trades may now happen throughout the offseason, though the December 15th rule is in effect. Advanced stat tracking has also been added, in addition to pick protections, jersey number retirements, team rivalries, and additional free agent clauses. It is also now easier to change control of teams during a MyLEAGUE game. Uniform updates that are pushed through during the season will also be accessible without having to start a new MyLEAGUE or MyGM game.

NBA 2K17's MyTEAM has been expanded with new gem levels, Quick Challenges based on scenarios from real NBA games, and full stat tracking. The Dynamic Duos feature also provides a boost for users who pair up the cards of players who share a connection, such as being current teammates, high school or college teammates, and so on. Rewards have also been revamped, with defensive players earning MyTEAM Points, and player cards being awarded for completing challenges rather than custom basketballs and other assets.

Dynamic commentary has been added in NBA 2K17, with Kevin Harlan on play-by-play, Greg Anthony as the lead analyst, and a rotating second analyst. Chris Webber, Steve Smith, Brent Barry, Doris Burke, and Clark Kellogg join Harlan and Anthony on commentary, while David Aldridge is in the game as the sideline reporter. There are eleven national broadcasters in total, with over 400 hours of new commentary. Ernie Johnson, Shaquille O'Neal, and Kenny Smith return as the hosts of the pre-game, halftime, and post-game shows. They also conduct interviews with your MyPLAYER in MyCAREER.

MyCAREER in NBA 2K17 focuses on the dynamic duo of your MyPLAYER, nicknamed 'The President of Basketball' (or 'Pres' for short), and a fellow rookie teammate called Justice Young, played by actor Michael B. Jordan. Together, you form a duo known as 'Orange Juice', a nickname that originated with a signature handshake Michael B. Jordan shared with his friends growing up. There is a greater emphasis on the on-court aspect of MyCAREER compared to Spike Lee's 'Livin' Da Dream' in NBA 2K16. Users can now play their entire rookie season, taking part in team training sessions and off-court activities, connecting with other players to earn rewards, and levelling up by filling up the Doin' Work meter. Once again the story begins in college, which PlayStation 4 and Xbox One users were able to play through early via The Prelude.

NBA 2K17 features authentic arena sounds for all 30 NBA teams, right down to the sound of the basketball bouncing on the hardwood. The PA announcer also has several team-specific lines, though the announcer remains the same for all teams. Roster editing has also been enhanced with the addition of staff editing, and the ability to modify a team's entire roster on one screen.

A mobile version of the game was released on September 22nd 2016 on iOS, and a day later for Android. The game is solely based off of the last gen game, but with certain game modes on the console not on the mobile. Colleges were also added to the MyCAREER mode, but with NBA three point lines and markings.

On April 13th 2016, 2K Sports announced a special Legend Edition of NBA 2K17, featuring the retiring Kobe Bryant on the cover. On June 1st 2016, 2K announced that Paul George would appear on the main cover. George was heavily rumoured to be the main cover player, following his appearance in the Legend Edition trailer wearing his Indiana Pacers jersey. On July 21st, Denver Nuggets forward Danilo Gallinari revealed via Twitter that he would be appearing on the Italian cover of NBA 2K17. On August 5th, it was revealed that Pau Gasol would appear on the game's Spanish cover.

NBA 2K17 has its own companion app for Android and iOS devices, called MyNBA2K17. On August 24th 2016, Karl-Anthony Towns was revealed as the 'cover' player for the app. MyNBA2K17 includes mini-games and a card game which allows users to earn additional VC through daily challenges. The app also includes access to the Auction House for MyTEAM, and the MyPLAYER Store.

Face scanning functionality also comes to the mobile platform with MyNBA2K17, allowing PlayStation 4, PC and Xbox One users to scan in their faces for use with their MyPLAYERs. Originally PC users speculated that the face scan functionality would not be available due to the Intel RealSense deal made in NBA 2K16 early in 2016, but a tweet by Chris Manning (LD2K) on September 9th 2016 confirmed the PC face scan feature on MyNBA2K17 would be available due to popular request on Early Tip-Off Weekend in a Tweet.

On August 26th, 2K announced 'The Prelude', a free downloadable experience for the PlayStation 4 and Xbox One versions of NBA 2K17. The Prelude, released on September 9th 2016, allowed gamers to begin their MyCAREER early, choosing from a selection of Division I colleges and playing games in order to boost their Draft stock. It also featured 2KU, a tutorial intended to familiarise new and old gamers with NBA 2K17's controls and basketball strategy in general, which features Duke and Team USA head coach Mike Krzyzewski. The Prelude ends at the beginning of the NBA Draft, and also included a bonus game in which your MyPLAYER takes part in a game between Team USA and the Australian Boomers.

NBA 2K17 has received favourable reviews from critics, currently holding a Metacritic score of 89 for the PlayStation 4 version, 93 for the Xbox One version, and 90 for the PC version. Fan response has been similarly positive for the most part. Similar to NBA 2K16, the PC version has received some criticism from gamers who have experienced issues running the game smoothly on high-end systems.