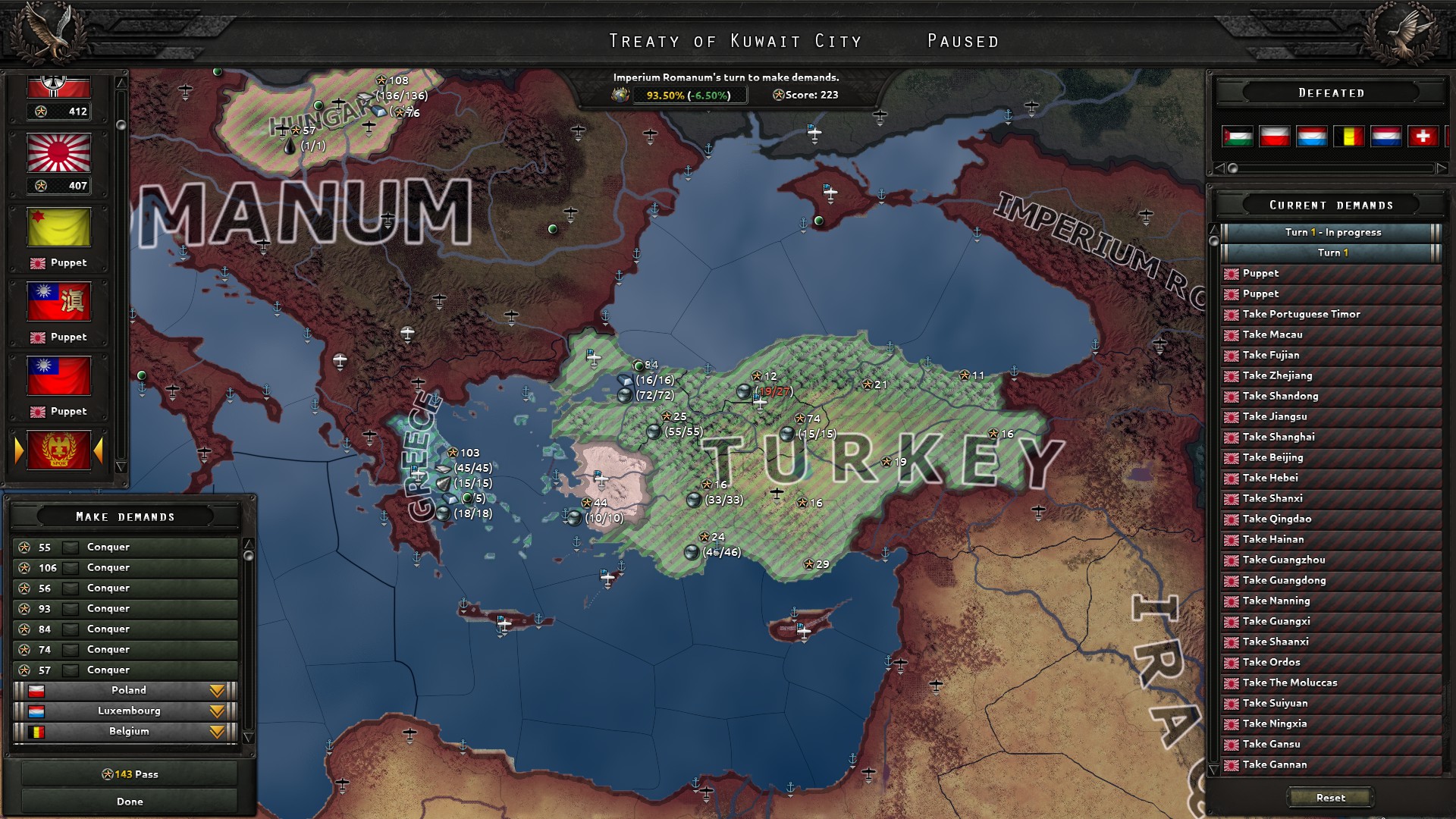 Most typically a peace conference gets triggered by a country losing so many victory points that it is forced to capitulate and subsequently surrender. If multiple faction members fight a war together and some of them are major powers, they will only surrender once all those majors capitulate. These conditions are checked daily. The losing side of a war may also offer peace. In this case the losing side may reject th.