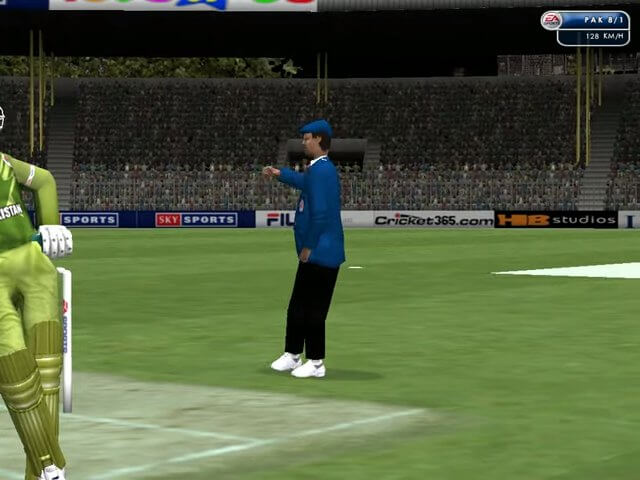 How depressing. Another English summer and I’m sat indoors clicking a mouse as a vague approximation of a game of cricket takes place on the monitor. That’s what you get for being PC resident sports specialist. While other reviewers get to travel six pages worth of fantasy worlds, quashing goblins or slaughtering enemy troops, I am stuck with another moribund game of bat and ball.

Alongside more high profile sports games, Empire’s annual cricket extravaganza has now become a firmly entrenched part of the PC’s (anti)social calendar. What’s most upsetting is that it is to all intents and purposes exactly the same game that I was sat playing almost a year ago to the day. In fact, whoever wrote the manual would appear to agree, offering this contrary but telling advice: 'To start International Cricket Captain 2002: Select INTERNATIONAL CRICKET CAPTAIN 2001...'

To be honest, you might as well do just that, as the only tangible difference is the tragic loss of the iconic Booker T & The MG’s theme tune, the addition of some adverts for Crazy Taxi and Virtua Tennis and a pointless Graham Thorpe endorsement. Admittedly, the data has also been updated, and if you own the last version, this can be the only reason for buying it, although you would have to be a rampant cricket fan to reap the benefits. Of course, this exact same argument can be applied to Champ Manager, every updated version of which unfailingly breaks all sales records. That game does at least make minor tweaks to the match engine though, which is not the case here. In fact, it doesn't look to have been improved since 1984. Last year we compared it to a Commodore 64 game, and that may have been generous. 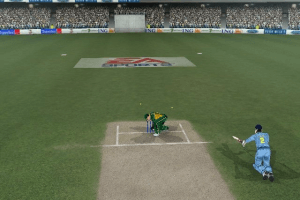 It does a passable job though, offering highlights of all, some, or none of the action, depending on your preference. When you first start playing, you’re tempted to watch every ball. When that starts to drag, you opt to view just every score of four or more, then every wicket chance, then just every wicket, and then no highlights at all, until eventually you stop playing it. This cycle can take up to three days, and while it lasts, it makes for an undeniably absorbing game. Although your involvement in it is rather limited, mainly revolving around setting the aggression or otherwise of your batters and bowlers. In fact, with a well-positioned ashtray on the Enter key, you can actually let the game play itself while you go and do something more interesting instead.

Looking at the bigger picture, a full career mode is available, offering the opportunity to trade players and put them through simplistic training routines. It’s by no means as involving as a football management equivalent though, simply because of the way the sport works. That said, we have to concede that this is, almost by default, the definitive cricket management game. If you have a thing for batting averages and silly mid-offs, you could feasibly play it indefinitely, and for less than 20 quid the annual update may be worth the outlay. We just can’t imagine anyone getting too excited about it.

EA SPORTS Cricket 2002 will truly be a hallmark game, not only for Cricket, but also for all sport simulations.' All the international teams and players, fully licenced! Astonishingly high detail in the players' faces bodies and game stadia. The equipment, such as bats, gloves and pads, also feature incredible detail. Commentary by the legendary Richie Benaud and Jim Maxwell. TV style gameplay including TV overlays and a detailed replay feature allowing the player to view the action from a wide selection of camera angles (including of course stump cam and helmet cam). Huge 3D stadium sound effects based on real crowd sounds from all over the world. Crowd effects change to reflect peaks and troughs in the game.
Main Features
System Requirements