Command & Conquer: The First Decade is a compilation of all Command & Conquer games games from Command & Conquer Gold to Zero Hour, with the exception of Sole Survivor, optimized for running under Windows XP. It came in two DVD-ROM discs - one for installation and playing and the other containing some bonus material looking back on the past eight years of C&C.

The First Decade was released with several glitches and errors of its own. Certain tracks from Counterstrike and Aftermath were mistakenly omitted, some of the registry files were written incorrectly (a mistake likely transferred to the 2012 The Ultimate Collection compilation), and Shared Internet Components for Westwood's games were not properly registered on Windows Vista and up.

The community created an unofficial patch to fix most of the issues for the English version and update some of the earlier games to increase compatibility (albeit with superseded versions of respective patches). It also removes the need for the DVD to play. The only other localized version of The First Decade, the German one, is not compatible with this patch.

The 1.08 patch for Generals was specifically created and released prior to the release of The First Decade to prevent online incompatibilities with regular disc versions of the game. Interestingly, Zero Hour did not suffer from this issue. 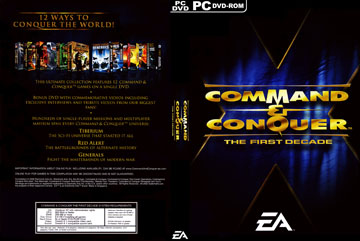 Fixing several issues with this huge package of Command & Conquer games, this is the v1.2 patch from EA Games. Read below for details.

IMPORTANT UPDATE FROM THE BATTLEFIELD

Our boys in the lab have come up with some modifications for your arsenal that should improve your battle experiences. Review the following bulletin from Command Headquarters with great care. Commit it to memory. Your understanding of these changes could be crucial to your victory or defeat on the battlefield.

3. How to access the Fun Park missions in Command & Conquer (Scroll Down Below)

Creating a shortcut for Command & Conquer and adding on 'funpark -cd.' (without quotes) to the end of the 'Target' will allow the funpark missions to be accessed when the user selects 'New Game' from the Command & Conquer in game menu.

The funpark missions can also be accessed by typing the following into the 'Run' window if Command & Conquer is installed in the default location:

The options in this patch can be separately installed. No other patches are required, but they are recommended. Note that the patch must be manually uninstalled separately from the The First Decade uninstallation.

During patch installation, up to four options will be available. The default options are preferred as these selections are automatically chosen based upon which games are currently installed as well as their current patch status.

Important: Patches are only applied to installed games. Because of this, it is important that you re-run this patch if you add or remove any games from The First Decade . 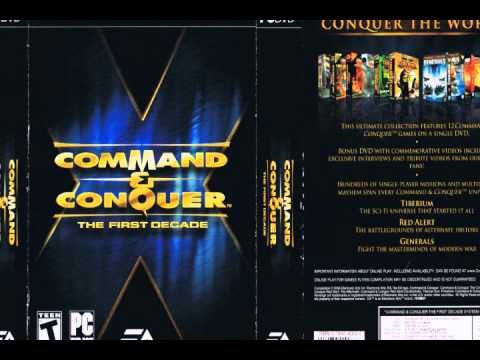