She signed up with Bohlen who then changed her stage name to C.C. Catch, and the debut single of the newly christened singer - 'I Can Lose My Heart Tonight' - was released in the summer of 1985. Her collaboration with Bohlen lasted until 1989, resulted in four albums and 12 singles, and made C.C. Catch a queen of continental discos. C.C. Catch was born on July 31st 1964 in Oss (the Netherlands) as Caroline 'Caro' Gertrud Catherina Müller to her parents Katharina (Cori) and Jürgen. She has three younger brothers, Marcel and the twins Marco (who manages her German fan site) and Jürgen who have been born two years after Marcel.

1979 the family moved to Bünde in Germany. Caro joined the ninth class of the 'Hauptschule' Bünde North without speaking any German. Her favourite subjects were music and English. She finished the school and than started a training in a cloth factory as dressmaker although she initially wanted to become a hairdresser. However, after half a year she quit her classes to concentrate fully on her musical career.

Since Caro was 15 she wanted to become a 'famous singer'. Her parents recognised her great talent and supported her decision. She took guitar lessons and did jazz ballet in Bad Oyerhausen. When she was 16 years old she competed at her first talent show with the Juice Newton song 'Queen Of Hearts'. During that time she appeared at many talent competitions and performed at youth parties under the name of 'Carol Dean' mainly playing country rock.

In 1980 she joined a local girl quartet from Osnabrück called 'Optimal'. The four girls (Sabine, Caro, Silvia, Claudia) where chosen by a producer from different talent contests and Caro stayed with the group for 2.5 years. Their first public performance was in November 1980 in a discotheque in Stift Quemheim. They signed a studio contract and released two singles ('Er war magnetisch', 1984 and 'The Goodbye', 1985) in Germany. Her father supported her as sound engineer at many song competitions and installed a sound studio in their cellar. He gave up his profession, started the event agency 'Orbit' and accompanied his daughter during her career until today. Several managers and producers give the young talent the chance to perform in studios and appear on TV shows. In 1985 in a discotheque near Hamburg, during one of Optimal's shows in a 'search for talent' contest, Dieter Bohlen saw her performance and noticed her outstanding voice. Bohlen a member of the famous German pop-duo 'Modern Talking' offered to become her producer. He invited her into his studio and they signed the same night a contract.

THE DISCO QUEEN
This was the start of a great solo career under the name 'C.C.Catch', which was made up by using the two initials of her first and middle name (Caroline and Catherina) and the fantasy name 'Catch'. Her first single 'I can lose my heart tonight' was released on her birthday in 1985. Although her name doesn't appear on the front or back cover the song becomes over night a great hit reaching the Top 10 in nearly all European countries. 1986 follows her second single 'Cause you are young' and her first album 'Catch the Catch' was released in spring of the same year. Christmas 1986 'Welcome to my Heartbreak Hotel' was released and having now 10 songs on the album became an even bigger success similar to her next single 'Heaven and Hell' which entered the Top 10 in many European charts. Summer 1987 saw C.C. at the height of her carrier and the singles 'Are You Man Enough' and 'Soul Survivor' (which was her most successful one) followed as was her third album 'Like a Hurrican', from which two titles have been released as singles: 'Soul Survivor' and 'Good Guys Only Win In Movies'. She travels now all over the world in Europe, Asia, America to give concerts.

During this time Caro bought at an auction a house in Rödinghausen and lived in the 3000 square meter home with her whole family and her boyfriend Frank, whom she met 1985 at the Berliner Funkausstellung. He was drummer in a rock group and was her first steady boyfriend.

In May 1988 the single 'House of Mystic Lights' (including a rap sung by the artist Captain Hollywood, who later would have many number one hits himself) and the album 'Diamonds' were released and video clip shot in Las Vegas. During this time the disagreements between Dieter Bohlen and Caro continued to grow. Bohlen insisted on writing all compositions and lyrics by himself while she wanted to contribute her own ideas to the songs as she thought her music was too similar to that of Blue Systems and Modern Talking. Mr. Ariola from BMG decided in autumn 1988 that another single ('Backseat of your cadillac') and album ('Big Fun') should be released. Before Caro separated from Bohlen in dispute end of 1989, this year saw the releases of the single 'Nothing but a Heartache' (the last one which reached the Top 10 in Germany and the Netherlands) as well as 'Super 20' (an album) and 'Summer kisses' (a single) during the summer. In Hamburg Caro wins the award 'Goldener Löwe' as pop-singer of the year.

THE GROWING PHASE
Caro lived now in London in an apartment near Hyde Park and changed her producer and label. After a court case she was allowed to keep the name C.C.Catch after an financial agreement with Bohlen who originally registered that name. Simon Napier Bell (ex-manager of Whams George Michael) became her new manager after she met him in Spain during a New Years Eve television show and she signed a new contract with the label Polygram (Metronome).

End of 1989 the first single without Bohlen 'Big Time' (from the album 'Hear what I say'), which was recorded in London, is released. Caro said about her work 'I feel very happy. It is the first time I've been in the production of an album from the beginning till the end. Nobody has taken any decision without asking an opinion and I've co-written 7 of the songs. I think it is going to be a good and big time for me'. However, BGM and Bohlen reduced its success by releasing at the same time single 'Baby I need your Love' and the compilation 'Classics'. The same happend when her second single 'Midnight Hour' is released. BGM put 'Good Guys Only Win in Movies' and 'The decade 7' remix' (only in Spain) on the market. 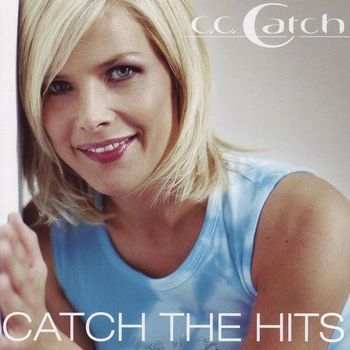 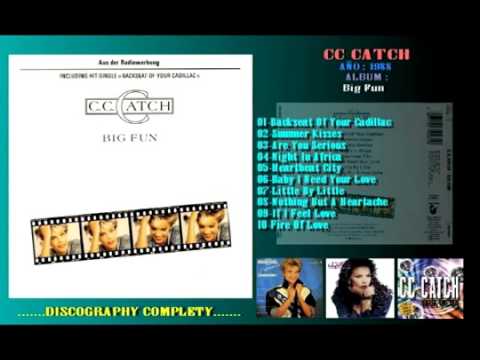 Her first album 'Hear what I say' is completely different from her former music style. It contains seven songs co-written by Caro and was produced in London by Andy Taylor (ex Duran Duran), Dave Clayton (worked with George Michael and U2) and Joe Dworniak. Unfortunately BMG released again at the same time a single 'Baby I need your love' and a compilation 'C.C.Catch Classics' with her old songs which confused many fans. Still it showed Caros abilities as a songwriter in her own rights and sold more than her previous two albums 'Big Fun' and 'Diamonds'.

After that Caro decided to take time out from the music industry and parted in good terms from Metronome. She still wrote her own songs and was involved with music. Her friend at that time was producer and so she sung 'anonymously' on the Album 'Jam Nation' from Peter Gabriel's record label 'Real World' and explored other music styles like 'Drum'n'Bass'. But now she mainly concentrated on different things like yoga, meditation and her spiritual growth, staying with her husband, a yoga teacher, in London.

THE RETURN
After living for about a decade in London Caro returned 1998 to the music business shortly after the comeback of Modern Talking. In that year BGM released a new collection of C.C.Catch songs (Best of '98) for which she agreed to do some promotional work and which sold more than 80.000 times. In the same year also the singles 'Megamix 98' (which was on place 33 in the charts) and in Spain only 'Soul Survivor 98' came on the market, as well as 1999 a remix of her first single 'I Can Lose My Heart Tonight' for which she gets a Gold Record. With 'Megamix 98' she enters in the RTL TV production 'Top of the Pops' again the charts. Her comeback was, however, hampered by financial problems of her then production company Metronome, which she left receiving a compensation.

She toured many countries in eastern and central Europe partly performing with the rap singer Krayzee. Although no new titles are published Caro has already written several songs for a new album. Since 1999 she lives again in Germany.

In spring and summer 2003 she gave some concerts in the USA as support act for Modern Talking. A new single ('Shake your head'), a remake of the group 'Was Not Was', was produced by Cyrus & Shirin Valentine (Savage Productions) in 2003 (it was originally sung by Ozzy Ozbourne and included then the voice of Kim Bassinger).

She still has a huge number of fans especially in Germany, Spain and Russia. Beginning of 2004 she participated in the Pro7 TV production 'ComeBack Show'. Two albums ('Best of Comeback United' and 'The Comeback Stars) and a single ('Survivor') have been released featuring all participants in the show.

Today she lives with her boyfriend near Köln and the beginning of a great new career looks more likely than ever before.

SOME RANDOM FACTS ABOUT C.C.CATCH

AUTOGRAPHS
For an autograph card send a letter (including return postage in form of an international reply coupon) to Peter Müller, P.O.Box 1532, 4844 Bad Bentheim, Germany.

Direct links to the same topic on other websites.